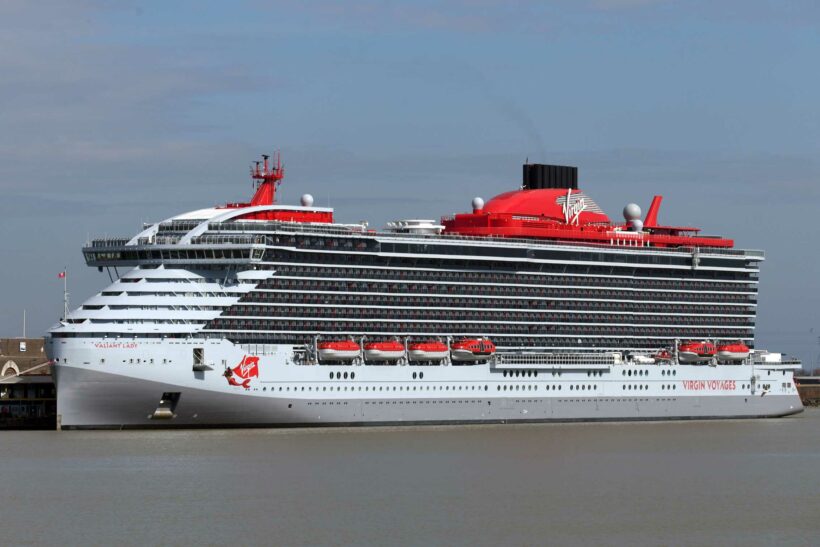 In early January Valiant Lady assisted a boat of refugees near Cuba, the cruise line’s second such encounter in less than a week.

Unlike the first encounter by Scarlet Lady on New Year’s Eve, however, the refugees from the latest incident chose not to board the cruise ship, but accepted supplies and continued on their way.

Valiant Lady was sailing a four-night roundtrip sailing from Miami, with calls on Key West, Florida and Bimini, The Bahamas.

The ship departed from Miami on Wednesday 4 January 2023, with a day at sea to enjoy before the call on Key West.

During the afternoon of the day at sea on Thursday 5 January the ship’s crew spotted a small boat in the Straits of Florida between Cuba and the Florida Keys, roughly 75 miles southeast of Key West and almost directly south of Duck Key.

The small boat, which was low in the water, appeared to be using a white piece of cloth to signal distress, though the cloth could also have been intended as a makeshift sail or shade for the boat’s several occupants.

Valiant Lady sent out a rescue craft to check on the boat and the refugees chose not to come aboard the cruise ship, though they did accept food and water. After a short time, the rescue boat returned to the cruise ship, which then continued on its way to Key West.

This is the second refugee rescue for a Virgin Voyages ship in less than a week, as Scarlet Lady rescued 18 individuals from a makeshift boat on 31 December 2022 in the same region.

In that incident, the small boat was dangerously overcrowded and taking on water, so the refugees were taken aboard Scarlet Lady until they could be transferred to a United States Coast Guard (USCG) vessel.

Cruise ships are obligated under maritime law to render assistance to any boat in distress, but there is no requirement that individuals be brought aboard the larger ship if they refuse that assistance, unless their lives are in immediate danger.

At no time are any refugees considered prisoners or fugitives, and they are always accorded respect and humanitarian aid as necessary.

In most cases, such refugees are safely repatriated to their home countries. 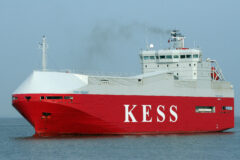 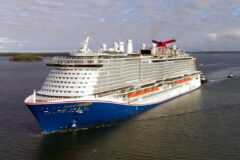