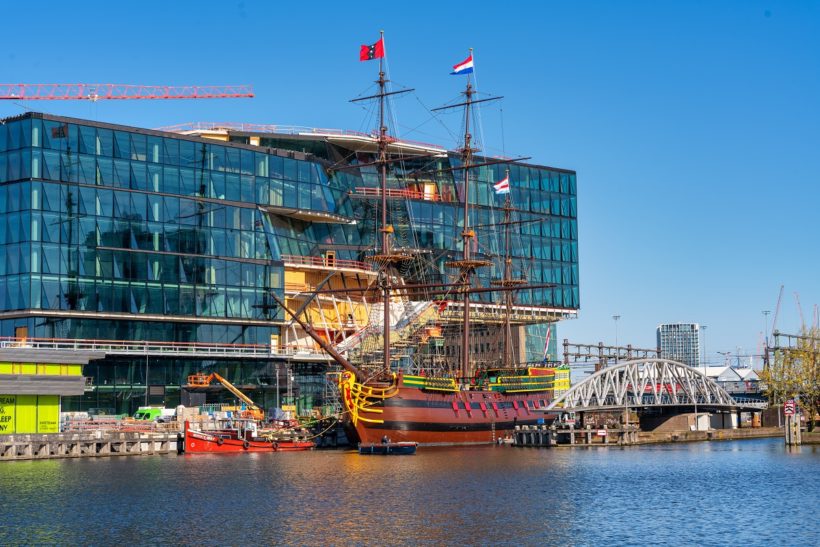 The replace sailing ship VOC Amsterdam has returned to the Scheepvaartmuseum (National Maritime Museum) in the Dutch capital after a scope of work undertaken at Damen’s yards.

The ship arrived at DSAm in September 2020. Here, her rigging and masts were removed. The project had some challenging aspects to it, including the removal and replacement of all the vessel’s caulking – a job calling on an extensive workforce.

The vessel also underwent cleaning of underwater areas and was repainted at the yard.

In October 2020 VOC Amsterdam was moved to the Oranjewerf yard for a floating maintenance scope, where repairs were made to the upper part of hull and preparation made for new stagging were.

In March 2021 the vessel was moved again to Damen Shiprepair Amsterdam for the final installation of masts and riggings.

VOC Amsterdam returned to her position outside the Scheepvaartmuseum on 16 April.

The collaboration between the yard and the museum extends beyond the project work; DSAm has contributed to the development of the Scheepvaartmuseum’s latest exhibition – Amsterdam Havenstad (Amsterdam Port & City).

The exhibition is designed to show the age old relationship between the harbour and the city of Amsterdam, from the moment the dam was built on the River Amstel to the future.

Damen Shiprepair Oranjewerf has already a longtime relationship with the Scheepvaartmuseum; the icebreaker SS Christiaan Brunnings (built 1904) has already undergone maintenance at the yard for for many years.

This was the first meeting with the VOC Amsterdam for the yard since the ship was launched and ballased there in 1990 before she going to the Scheepvaart museum.

The replica VOC Amsterdam was built in Amsterdam between 1985 and 1990 by an army of volunteers using a combination of modern tools and tools contemporary with the original vessel.

The original VOC Amsterdam was built in 1748. She set sail from the island of Texel on her maiden voyage on January 8th, 1749, headed for Batavia (Jakarta, Indonesia). 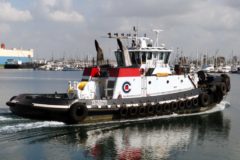 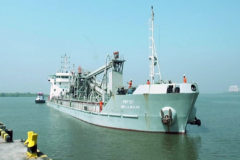