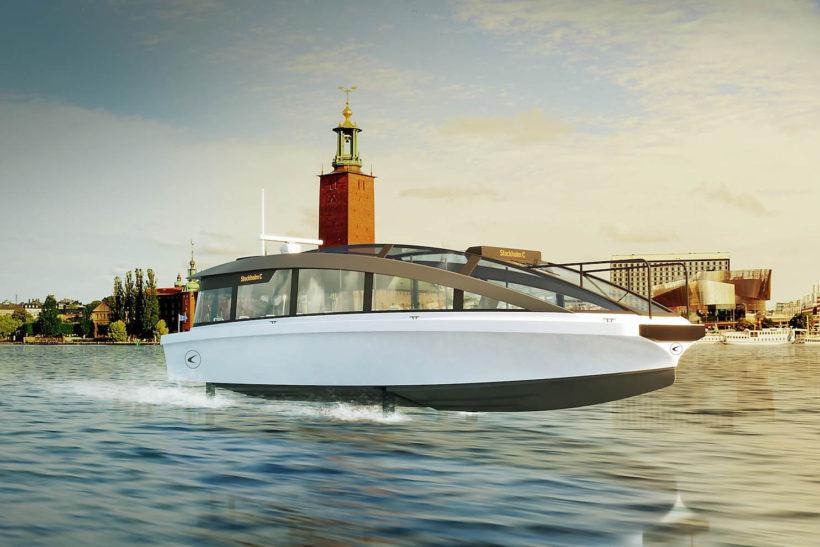 The all-new foiling Candela P-30—the world’s fastest all-electric passenger ship—will hit Stockholm’s waterways in 2022, shuttling passengers to and from the archipelago above the waves without wakes, noise and CO2 emissions.

Ferries are often the most enjoyable and scenic forms of city transportation, but can be painfully slow, as well as smelly and noisy. Worse, they contribute large amounts of CO2 and noxious gases to the atmosphere.

So Swedish tech company Candela will bring to Stockholm, Sweden fast all-electric commuter ferries that ride above the waves on foils, quietly and efficiently carrying passengers at speeds up to 30 knots.

As soon as next year Candela’s new 30-passenger ferry P-30 will commence operations, with the intention of eventually replacing the city’s aging fleet of 60 diesel boats that serve commuters and visitors to and from the vast, 30 000-island archipelago that stretches from the city centre. After sea trials, the P-30 will start commercial operation in 2023.

At its introduction, the foiling P-30 will hold the distinction of setting several world records. It will be the longest-range electric passenger ship, as well as the fastest. But, it will also be the most energy efficient fast ship ever built.

Funded jointly by Stockholm technology boat builder Candela, and the Swedish transport authority, the P-30 flies on computer-controlled hydrofoils which reduce energy consumption by 80 percent compared to the best fast ferries of today. This is the key to its long all-electric range at high speeds.

The higher service speeds will allow the new P-30 ferry to shuttle more passengers farther and faster than any other electric ship, and will be able to service even the longest routes because it can travel more than three hours at 20 knot cruise speeds before recharging.

The P-30 can also operate in urban waterways at higher speeds than traditional passenger boats because it creates virtually no wake that would otherwise damage nearby vessels or property.

The all-new high tech P-30 ferry from Candela will offer superior comfort and seakeeping from its Flight controller, a computer that analyzes the boat’s pitch and roll a hundred times a second and automatically adjusts the foils to keep it level above the waves.

Thanks to the computer and software, the ride is artificially stable, leaving even the most seasick-prone passengers with smiles on their faces.

The P-30’s hydrofoil tech provides other benefits over conventional ships, too.

A recent report by the municipality of Stockholm estimates the overall cost of operating the Candela P-30 will be half the cost of conventional diesel ferries.

P-30 consumes about 3 kWh per nautical mile, which is one tenth of a conventional ship and comparable to the energy consumption of a modern electric-hybrid bus.

Candela’s Director of Public Transportation Erik Eklund says, “Our goal is to prove that our electric hydrofoil ferries are much cheaper, more comfortable and a lot more versatile than conventional vessels. It’s not just an alternative to other ships, but a whole new take on of public transportation.” 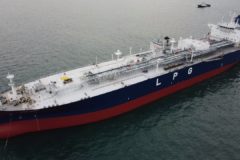 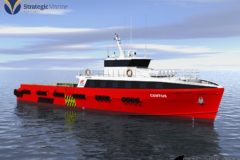