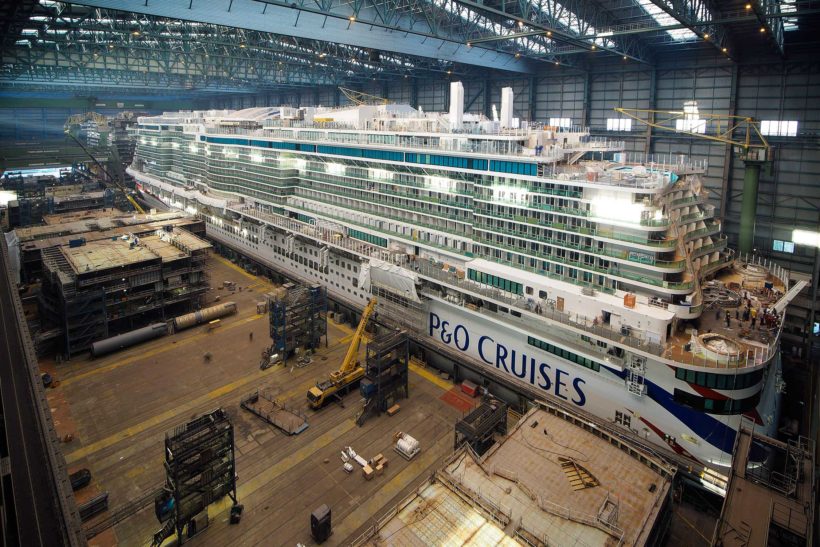 The float-out manoeuvre started at around 9am. The newbuilding was then moored at the outfitting pier in the shipyard harbour, where the masts and funnel will be lifted onto the ship by crane.

The cruise ship will remain in the shipyard harbour until moving down the Ems in October. Arvia will form the backdrop for the NDR2 Papenburg Festival on 2 and 3 September.

The fitting-out work on board will be continued and further technical tests will be carried out before the ship leaves the yard.

After her completion, around 5,200 passengers will be able to go on board. Like Iona, Arvia will be powered by environmentally friendly liquefied natural gas (LNG).

This ensures significantly lower emissions at sea, as neither sulphur oxides nor soot particles are released.

This is currently the cleanest form of propulsion in shipping.

Another highlight for the passengers on board is the atrium, which is glazed over three decks and will offer a unique view of the sights and cities visited.

After the undocking of Arvia, the floating engine room module (FERU) for Carnival Jubilee, which will be delivered at the end of 2023, will be manoeuvred into the then free building dock II.

The front part of the cruise ship has already been built there in block construction over the past few months. 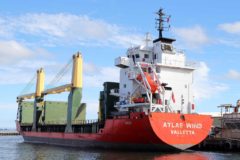 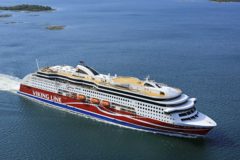