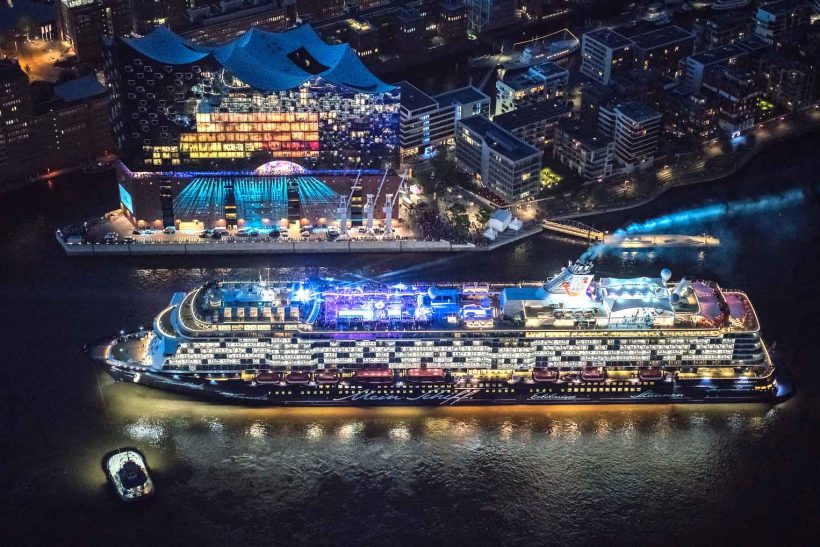 During the ceremony, the fourth new addition to the Hamburg-based TUI Cruises’ fleet was moored just beside the Elbphilharmonie, Hamburg’s new landmark.

Joined by six cruise officers, Iveta Apkalna said: “I hereby name the ship Mein Schiff 6’ at the night time launching ceremony, which could be heard not only on the ship but also on the Plaza, the Elbphilharmonie’s public viewing platform.

Using a baton, Ms Apkalna then gave the signal for the bottle of champagne to be broken against the ship’s bow. She said: ‘For me as an organist, stage performances are part of everyday life. However, launching a cruise liner on behalf of the Elbphilharmonie has been a unique experience that I will surely remember for a long time. Today, I am representing the Elbphilharmonie. For me it is the world’s most important concert hall ­– a truly unique cathedral of music.”

Mein Schiff 6 left the cruise terminal of Hamburg-Altona at 2100 and then made ger way up the River Elbe to the Elbphilharmonie to prepare for the launching ceremony.

Mein Schiff 6 and the Elbphilharmonie welcomed each other with performances by two shanty choirs. This was followed by the world premiere of a music piece inspired by the fourth movement of Johannes Brahms’ Symphony No.1, which was specifically composed for the event.

This year’s launching ceremony for TUI Cruises’ fourth new vessel was mainly dedicated to the fans of TUI Cruises’ fleet. More than 1,950 passengers booked tickets for the exclusive launching event, which included the subsequent maiden voyage from Hamburg to Kiel.

Hamburg city’s port is frequently transformed into a stage for the cruise industry. Following the Hafengeburtstag port festival in May, the launching ceremony for Mein Schiff 6 was the second highlight of this summer’s calendar.

With Norwegian Jade (2,466 passengers) arriving on 4 June and Independence of the Sea (3,634 passengers) on 12 July, more large cruise ships are visiting Hamburg for the first time.

Silver Wind of Silversea Cruises, which will be calling at Hamburg on 10 September, is another new arrivl in Hamburg. Details on all ship arrivals in 2017 as well as further information on the cruise sector are available at www.hamburg-travel.com/cruises. 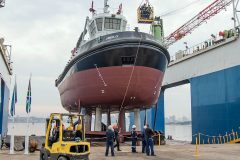 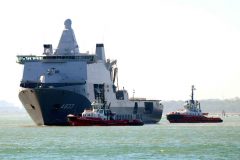