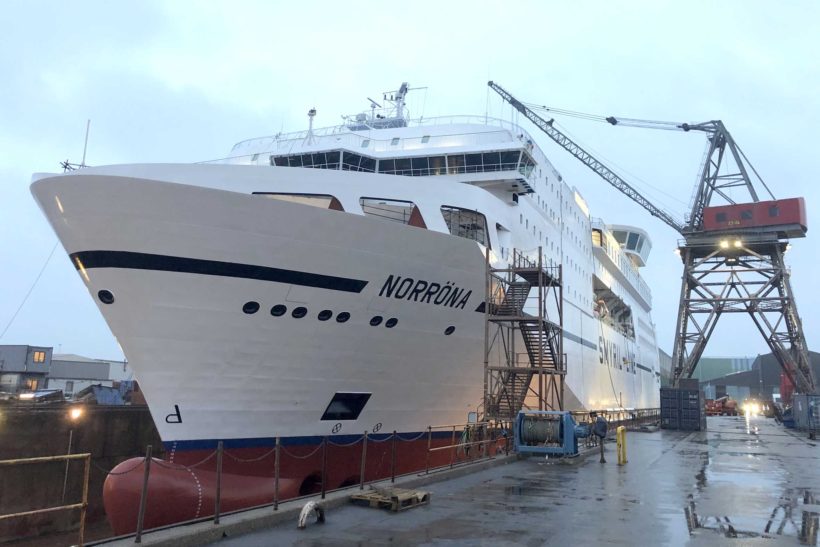 Ferry passengers are demanding higher levels of comfort on Smyril Line’s Norröna ferry, which sails a regular service between the Faroe Islands, Iceland and Denmark.

That’s why the Faroese shipping company has invested in a major retrofit of the ro-pax ship, which was built in 2003.

The retrofit involves 50 new luxury cabins being added. Room for the luxury cabins was found by moving the crew’s cabins to a different location on the ferry and getting rid of the old shared cabins.

As early as the idea phase, long-standing partners and naval architects Hauschildt Marine were invited to join the project. Hauschildt Marine facilitated the development of ideas and were responsible for the design process, which was based on an accurate 3D model of the ship.

The Norröna plans emerged in 2019 when they began to look into the board of the Smyril Line’s desire for extra capacity and more modern facilities.

“There were several different parameters that could have developed into obstacles, including whether the ship could carry more weight, but it turned out to be an extremely interesting retrofit,” says Jóhan av Reyni, maritime director at Smyril Line.

Covid-19 hit and sent shock waves through the industry as Smyril was bidding on the project in March last year. However, after careful consideration, the shipping company decided to move ahead with the plan.

“It seemed hopeless at first, but we discussed it and chose to move forward because the Covid crisis is going to pass at some point,” says Jóhan av Reyni.

As the ones responsible for the design, the collaborator Hauschildt Marine was involved throughout the project – including in the time-compressed phase, where the Norröna ferry was docked at shipyard partner Fayard in Denmark.

Among other things, this meant weekly co-ordination meetings from 1 September 2020.

“When you start, it is crucial to have confidence in the collaborator. That’s why we dared to start the process, which has required a tremendous amount of planning,” says the maritime director, who points to a successful process which has meant that the project did not undergo any delays.

Decks 5 and 6 of the ferry had previously been upgraded, so it was now time to do the upper deck, which was entirely re-dimensioned, was given a new outdoors skybar and a new lounge area with a large panoramic view.

The Smyril Line martime director says the retrofit is also a consequence of consumer behaviour changing over time.

Passengers used to buy tickets for berths in shared four-person cabins, but these sales have more or less disappeared. In contrast, Norröna’s 12 luxury cabins are often sold out.

“We have gradually got more comfortable cabins, and there is no doubt that the new 50 cabins will be highly sought-after,” says Jóhan av Reyni

At 8am on 1 March, the retrofitted Norröna ship will set sail for Hirtshals, where the ship will resume its North Atlantic route from 6 March. 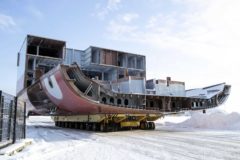 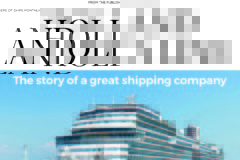