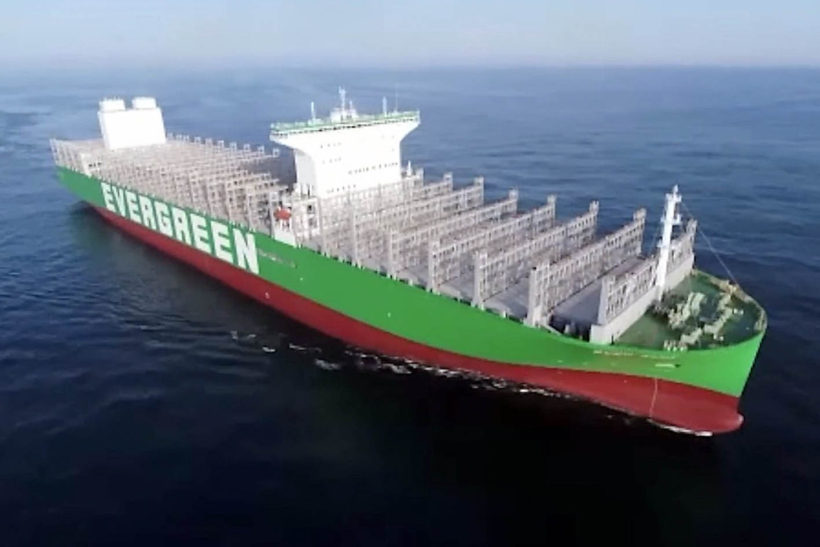 The world’s largest container ship, the first of its kind made by China, was delivered on 22 June 2022 by Hudong-Zhonghua Shipbuilding (Group) Co Ltd in Shanghai. The yard is subsidiary of China State Shipbuilding Corporation (CSSC).

With a cargo compartment 33.2m deep, sge it can carry 240,000 tonnes of cargo packed in more than 24,000 standard containers at a time, a global high. Containers can be stacked to a maximum height equivalent to a 22-story building.

She will serve the route from the Far East to Europe after put into operation.

Hudong-Zhonghua has previously delivered nearly 70 container ships with a capacity of above 8,000 TEU and is working on a total of nine ultra-large container ships of 24,000 TEU, ranking first among major Chinese shipyards.

The vessel is the seventh in what is called the Evergreen A class and the first ship in the class, and the world, to surpass the 24,000 TEU mark.

The first six ships in the class were built by Samsung Heavy Industries in South Korea, but these have a slightly smaller capacity of 23,992TEU despite having the same dimensions.

The first ship in the class, Ever Ace, previously held the title of world’s largest following her delivery in July 2021.

In total, there are 13 ships planned for the Evergreen A Class, including four built by Hudong-Zhonghua. 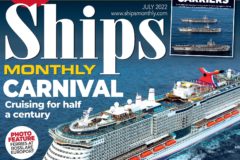 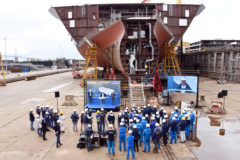